Candidates for Our Elected Offices  – Please Cast your Vote!

The following DAW members have agreed to serve on the Executive Board for 2022-2023.  This slate was approved by the current board. You can read a brief bio for each nominee below. As there are no contested positions, a member need only cast a single vote for the board.

Look in your email for your ballot sent June 1 from “President, DAW-AAUW”.  If it’s not in your inbox, check you spam folder. Open the email and vote by selecting the Yes or No button in the email.

Votes will be counted until 8 PM June 15, the evening before our Installation Party on June 16. Co-President – Joanne Quijano
Joanne Quijano joined the AAUW in 2015 as a way to connect with local people interested in promoting women’s education and equity, as well as to participate in local branch activities. Since then, she’s been the Hospitality co-chair, the Database and Directory Manager, and last year became the branch President. Now for 2022-23 she has volunteered to be co-President, continuing to stay active with the branch’s board.
Joanne grew up in Southern California, got a BS at Michigan State and a MS in Computer Science at UC Berkeley. She spent 26 years working for Kaiser Permanente until retiring as an IT project manager. She has traveled extensively, both with her late husband and with friends and family. An Alamo resident for over 20 years, she keeps active with tennis, hiking, skiing and playing bridge. 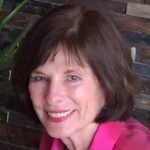 Co-President – Chris Ritter
Chris is a native Californian, born in Berkeley, and now lives in Alamo. She has been a member of AAUW since 2015 and is retired. Chris spent most of her over 40-year career in the medical equipment industry leading product development strategy and marketing. She took two short breaks from industry to work in non-profit organizations including teaching 8th grade science in San Ramon Valley Unified School District and serving as the VP of Membership and Marketing at the American Academy of Ophthalmology in San Francisco. Chris credits her teachers and family who encouraged her early interest in STEM as key enablers of her subsequent career successes. She holds a BS in biology from Stanford, an MS in bioengineering from University of California in San Diego and an MBA from St. Mary’s College. Chris has previously served as our branch Treasurer, President elect, President, and Past Present.  She is also a member of the AAUW CA Finance Committee.  In addition to her AAUW roles, Chris enjoys spending time with her two adult sons and grandchildren, playing pickleball, and continuing her study of classical piano music. Programs Vice President – Tanya Earls
Tanya Earls, MSN, RN, NEA-BC is a mother, nurse and author of Ancient Africa, a children’s book dedicated to her daughter. She was born in El Salvador and at the age of four moved to the United States. She grew up in San Francisco and currently lives in San Ramon, California.
Tanya holds a Master of Science in Nursing Education. She has served as adjunct clinical faculty for several nursing programs in the Bay Area. The decision to write her first self-published children’s book came after her daughter endured her first racial incident in her high school geography class.
Tanya believes in the power of community as an essential force in promoting cultural equity and diversity in education. Her desire is to author books which foster knowledge and enhance the well-being of all children. Her goal is to donate her books to children’s literacy programs and hospital pediatric units locally and nationwide.
Tanya is the founder and CEO of Kidtastic Kreations, LLC, a company dedicated to providing unique children’s educational books and merchandise. She is currently completing her second book titled Maya – a tribute to the Mayan Civilization. 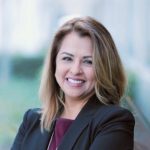 AAUW Funds Vice President – Lupe Cerrone
Lupe lives in Danville with her husband Anthony and two children, Bella is 18 and attends DVC and Jacob is 16 a sophomore at Monte Vista High School. Lupe is a child of migrant parents from Mexico, both with only an elementary school education.  Lupe worked full-time to pay for her education and attended college full-time.  She now holds a bachelor’s degree in Business Administration with an Accounting Option, from Cal State East Bay. She is currently employed with Revance, a biotechnology company focused on aesthetic and therapeutic offerings, as well as financial technology services for aesthetic practices.  She has spent most of her 30-year accounting career in the biotechnology industry. She took a 4-year break beginning in 2013 to homeschool her children when her son was diagnosed with Type-1 diabetes at the young age of 7.  She joined AAUW late last year and is happy to join an organization that advocates for women. And when she gets the time, she loves to crochet beginner projects and lose herself in a good book.

Secretary – Cindy Dragomanovich
Cindy grew up in the Bay Area and holds a BA degree in Developmental Psychology and Sociology from UC Santa Barbara. She spent her career in High Tech, first in Marketing and later in Information Technology as a business analyst.  In 2016, she accepted a transfer to Chandler, Arizona where she worked until retiring in December 2019.  Cindy and her husband returned to the Bay Area in September 2020 to be closer to their 3 sons and 5 grandchildren. They currently reside in Danville.
Cindy joined AAUW in July 2021.  In addition to AAUW, Cindy enjoys spending time with family, learning to play pickleball, quilting and helping with her husband’s business. 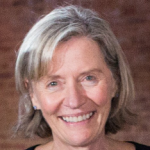 Treasurer – Monika Witte
Monika grew up in San Diego and attended UC San Diego, receiving a BA in mathematics. She moved to the San Francisco Bay Area as an adventure after graduating from college, subsequently obtaining a master’s in civil engineering at UC Davis. Monika and her husband raised two wonderful sons in Danville. Monika spent the bulk of her career at Lawrence Livermore National Laboratory, first as a structural analyst, and later an operations manager, retiring in 2015. Monika has been active in causes supporting education, and is the current Treasurer for DAW. Monika is also an active volunteer with Contra Costa County Master Gardeners.