(February 1, 2015) Did you enjoy our “Orange is the New Black” program in November?  Or did you miss it and want to learn more about it?

Join the Assistant Warden on a tour of the Women’s Federal Correction Institute in Dublin.  All attending must pass a security check.  If you are interested in seeing the inside of a women’s prison, with the option of exiting at will, please contact Judy Lauper.  Judy will send you a form to complete and return for clearance.  Forms must be turned in by March 1 and the tour is limited to 20 members, so don’t delay! 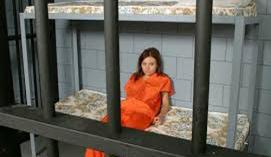 Orange is the New Black

Village Theater in Danville233 Front Street (across from the Danville Library)

Ladies, This is so exciting. The associate warden of the Women’s Federal Correction Institute in Dublin (one of only three in the nation), Donna Davis, is coming to talk with us. She will address the education, rehabilitation, and training of women while they are incarcerated. You must come to hear this – find out the facts and fiction of TV shows and books. There will be time for questions, so bring yours!

Piper Kerman, the author of the book of that title, indicates that there are many more programs for men in prison than for women. Bring your questions along and come and listen at this rare opportunity to hear from an official of the prison system.

Serving homemade cinnamon rolls and other breakfast breads, along with fresh fruit, juice, coffee and tea.

Barnidge: Taking a peek behind the bars of a women’s federal prison

The program’s title was too juicy to ignore — “Orange is the New Black” — and so was the invitation that promised a peek behind the bars of a women’s federal prison. I envisioned hand-sharpened shivs, club-wielding bulls and deals bartered over cartons of cigarettes.During a presentation sponsored by the Danville-Alamo-Walnut Creek branch of the American Association of University Women, at the unlikely venue of Danville’s Village Theater, I joined about 50 attendees last week in learning that federal correctional institutions are such quietly efficient operations they often go unnoticed. Did you know 1,100 female felons are housed in Dublin at a low-security facility?

Their convictions range from drug-related crimes (more than two-thirds of Dublin inmates) to immigration violations to murder convictions. Some sentences are for as little as 30 days, others for as much as life. The average is seven years, with the possibility of time off for good conduct.Our guide on this verbal tour was Associate Warden Donna Davis, who’s spent 21 of her 46 years working at correctional facilities. She became interested in the field because of her father’s law-enforcement career with the San Bernardino County Sheriff’s Office, but it’s the fulfillment of the job that’s preserved her enthusiasm.”It’s not only working day to day with a dedicated staff,” she said. “It’s also helping inmates get back on the right track. It’s rewarding to see them change and to get out.”The Federal Correctional Institution Dublin is one of 120 facilities operated by the Bureau of Prisons, which has 40,000 staff members overseeing 213,000 inmates. Dublin is one of only 28 in which female prisoners are incarcerated.

How and where convicts are assigned is a meticulous process, Davis said. They are designated and classified by their criminal and family history, medical and mental health, conduct records and even work history. If one convict cooperated with authorities in the prosecution of another, the two are never sent to the same location.

Upon arrival at a facility, inmates are given a quick introduction to protocol, along with a thick guide filled with rules and penalties for violations, which can range from loss of visitation or telephone privileges to solitary confinement. Every inmate soon learns she is expected to work a job and undergo educational or vocational training.

“We mandate they get at least a GED,” Davis said. “If they come to prison without a high school diploma, they’re required to participate in at least 240 hours of schooling.”

Virtually every aspect of prison life, including drug rehabilitation, is to prepare inmates for re-entry. Vocational training at Dublin runs the gamut, from custodial work to computer skills to heating and air-conditioning service. Hands-on experience is offered in carpentry, landscaping, plumbing and welding.

Davis, who’s served at both men’s and women’s facilities, was asked about the differences. Security procedures are the same, she said, but inmates’ needs differ. For instance, a new arrival recently had to be persuaded to part with her hair extensions. You won’t find that among men. And a special program helps pregnant mothers deal with prenatal needs and bond with their babies.

It wasn’t as exciting as hand-sharpened shivs or deals bartered over cigarettes, but it’s probably the first time the topic headlined a meeting of the American Association of University Women. 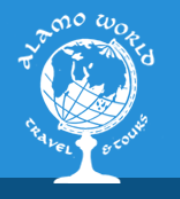