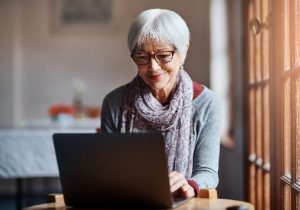 A Conversation with Local Women Leaders

Author Mark Freedman coined the term in his book “Encore: Finding Work That Matters in the Second Half of Life”.  Hear stories of challenge and opportunities in the work and personal lives of our speakers.

Candace Andersen, Contra Costa Board of Supervisors
Candace served on the Morgan Hill City Council in the early 1990’s. She is an attorney licensed to practice law in California and Hawaii. She began her legal career as a Prosecuting Attorney in her hometown of Honolulu and worked as a civil practitioner with a law firm in Morgan Hill. Candace put her legal career on hold to serve the community and raise her family.
Candace received both her B.A. in Public Policy (1982) and Juris Doctorate (1985) from Brigham Young University. She attended Punahou School in Honolulu, Hawaii from Kindergarten through 12.

Along with her responsibilities on the Board of Supervisors, Candace remains an active volunteer in her church and community.

She and her husband, attorney Philip M. Andersen, have been married for 34 years and are the parents of six children ranging in age from 19 to 32, have three daughters-in-law, a son-in-law, and five grandchildren.

Sally grew up on Grosse Ile, an island in the Detroit River. She later lived in Illinois, Indiana, Pennsylvania and Minnesota before coming to California. She graduated from the University of Michigan in 1960 with a degree in education. She taught elementary school in Pennsylvania and Minnesota before moving to California. Here she taught for 26 years with the San Ramon Valley Unified School District. She loved her job and was rewarded as teacher of the Year for the district and county in 1999 – 2000.

Sally and her husband, Bob, had two children and 4 granddaughters. In May, 1999, Bob suddenly died. He was too young! Sally Retired from the San Ramon Valley Unified School District in 2000 and joined the Peace Corps, 2001 – 2003, in Kenya. This changed her life and gave her many new relationships.

Once back home, Sally took many trainings and became a field trainer with Lifewater International, a Christian NGO located in San Luis Obispo. She was trained in hygiene, sanitation and water related topics. She had been on over 20 trips with Lifewater to many countries, mostly in Africa.

Born and raised in a Marine family, Beverly grew up in Orange County and graduated with a B.A. in History and English from Occidental College; she has a M.A. in Public Administration. She and Jim Lane were married in 1963 and had three sons raised in Danville.

Beverly has always had an interest in public policy, history, writing and trails.  She was active in the League of Women Voters, helped found the Contra Costa County National Women’s Political Caucus in the seventies and was a competitive tennis player.  A political campaigner for others and for causes, she was elected to the first Danville Town Council in 1982 where she served as mayor three times.  With many others, she helped create the Iron Horse Regional Trail and worked to save open spaces and ridgelines, then was elected as the EBRPD Director from Central CCC in 1994. She is currently chair of the Anza Trail Foundation, a nonprofit which supports the Anza National Historic Trail in Arizona and California.

Her passion for California and local history led Beverly to help found the Museum of the San Ramon Valley, organize exhibits and programs, give lectures and write books and newspaper columns. The exhibit committee from the Museum also restored the exhibit at Mission San Jose in 1997 for their Bicentennial. She is the author of Vintage Danville, 150 Years of Memories, San Ramon Chronicles and Historic Tales of Alamo (available in June). She has been the curator for the Museum since 2004.