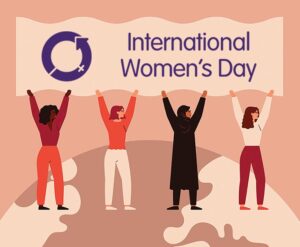 Our March program is a joint effort with the Benicia-Vallejo AAUW branch to honor the tremendous effort of women to make the world a more equitable place.

Mayor Elizabeth Patterson, MURP
Until 2021 Elizabeth Patterson served on the Benicia City Council starting in 2003. She was elected Mayor in 2007 and reelected in 2011 and 2016. In the mid 90’s She was Chair of the General Plan Oversight Committee (GPOC) for three years and served on the Planning Commission until the then mayor “fired” her. Once elected as Mayor, Ms. Patterson served on several regional boards, including the Solano Transportation Authority, SolTrans Joint Powers Authority (led the steering committee to establish), Marin Clean Energy (MCE), North Bay Watershed Association and the Solano County Water Agency. She was elected President of the Northern Division of the League of California Cities. As Mayor she was recognized for campaigning on saving open space, State Parks (two in Benicia), establishing the Community Sustainability Commission and Arts and Cultural Commission, securing an abandoned school for a community center as well as advocating for the city as a “green gateway to Solano County. Ms. Patterson has been a steady and effective advocate for ending our dependence on fossil fuels in order to avoid tragic climate change consequences.

Claudia Martinez-Schwarz, MPH
Claudia was born in Cali, Colombia and raised in the “Eje Cafetero” – a coffee-growing region in Colombia. When she was 15 years old, her family immigrated to Houston, TX where they lived for a short time before settling in Hightstown, NJ. Claudia earned her B.S. in Nutritional Sciences from Rutgers University followed by her MPH in Nutrition and Public Health at the University of California, Berkeley. After her graduate work, Claudia worked for the California Food Policy Advocates (CFPA) – a statewide policy and advocacy organization. It was at CFPA where she developed the skills needed to help others achieve a better and more equitable life. After marriage, Claudia dedicated herself to raising her two children but continued her public health work by volunteering with local non-profits and working part-time for the UC system as a Grants and Program Manager. Claudia is now retired and continues her volunteerism. She is supporting the deployment of a USAID grant to educate rural high schoolers in Armenia, cares for her elderly family members in Columbia, serves as the Treasurer for DAW AAUW, and freelances for the Contra Costa Regional Health Foundation (CCRHF). Claudia spends her time between Armenia, Quindío and Danville.

Asha Bajaj, PT/DPT – Physical therapist
Dr.Asha Bajaj, PT/DPT has 30+years experience in a variety of settings including the management and operation of an outpatient private practice in Walnut Creek, CA from 1985-2004. Asha has served in Bhutan, India, Vietnam and Malawi Africa with Health Volunteers Overseas to train and develop their Physical therapy program. From 2006-2013 Asha was involved with Acute care in a hospital setting and an outpatient clinic as a locum therapist. Asha has a special interest in Women’s health and did her doctoral project in the area of Bone health and Osteoporosis. Asha has been involved with a monthly Health education series at the Afghan Elderly association in Fremont and a health series with the Town of Danville.

Asha was involved actively since 1993-2004 as a clinical associate professor with the UCSF physical therapy program and served on the admissions committee. Her professional activities have included serving on the executive board of the Golden Gate chapter in the capacity of PAC and Publicity Chair and as a delegate to represent the Physical therapists in her area. Asha is actively involved in the community with women’s education and legal advocacy and has served as the president of the local branch in Danville for the AAUW (American Association of University Women).

Teresa Cheung – Licensed Professional Chemical Engineer, MBA
Teresa Cheung was born in Mainland China and came to the US when she was 11. She is a licensed Professional Chemical Engineer with an engineering degree from Yale University and an MBA. She has been a practicing Professional Engineer since 1982 until 2014 when her husband, Chef Ermes Paulin and Teresa became owners of the Montecatini Ristorante in Walnut Creek. She has always been active in AAUW and AIChE (American Institute of Chemical Engineers) leadership locally and nationally. She was Chair of the Northern California Section of AIChE and was the first woman to receive the section’s most prestigious Professional Progress Award. Her gender equity advocacy, learned from AAUW, prepared her to take on AIChE’s “Old Boys’ Network” in the late 1990’s and she helped bring equality, visibility and recognition advances for women in chemical engineering. Teresa is a Fellow of AIChE (one of first 10-20 females out of current 800+ nationally), past president of our local AAUW and current webmaster and Technology Committee chair.